By drzoeadmin on August 15, 2013
SPIRITUALITY TweetShare

Both went to their temples at the age of twelve, where they astonished all with their wisdom. Both fasted in solitude for a long time: Buddha for forty–seven days and Jesus for forty. Both wandered to a fig tree at the conclusion of their fasts. Both were about the same age when they began their public ministry:

“When he [Buddha] went again to the garden he saw a monk who was calm, tranquil, self–possessed, serene, and dignified. The prince, determined to become such a monk, was led to make the great renunciation. At the time he was twenty–nine years of age… “Jesus, when he began his ministry, was about thirty years of age.” (Luke 3:23). Both were tempted by the “devil” at the beginning of their ministry: To Buddha, he said: “Go not forth to adopt a religious life but return to your kingdom, and in seven days you shall become emperor of the world, riding over the four continents.” To Jesus, he said: “All these [kingdoms of the world] I will give you, if you fall down and worship me” (Matthew 4:9). Buddha answered the “devil”: “Get you away from me.”

Jesus responded: “…begone, Satan!” (Matthew 4:10). Both strove to establish a kingdom of heaven on earth. According to the Somadeva (a Buddhist holy book), a Buddhist ascetic’s eye once offended him, so he plucked it out and cast it away. Jesus said: “If your right eye causes you to sin, pluck it out, and throw it away;.” (Matthew 5:29). 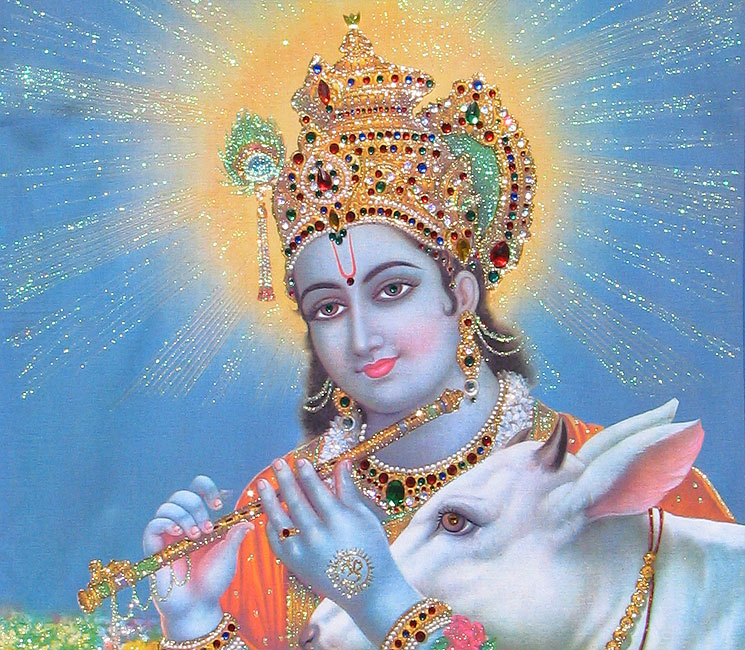 According to Bhagavata Purana some believe that Krishna was born without a sexual union, by “mental transmission” from the mind of Vasudeva into the womb of Devaki, his mother. Christ and Krishna were called both God and the Son of God. Both were sent from heaven to earth in the form of a man. Both were called Savior, and the second person of the Trinity. Krishna’s adoptive human father was also a carpenter. A spirit or ghost was their actual father. Krishna and Jesus were of royal descent. Both were visited at birth by wise men and shepherds, guided by a star. Angels in both cases issued a warning that the local dictator planned to kill the baby and had issued a decree for his assassination. The parents fled. Mary and Joseph stayed in Muturea; Krishna’s parents stayed in Mathura. Both Christ and Krishna withdrew to the wilderness as adults, and fasted. Both were identified as “the seed of the woman bruising the serpent’s head.” Jesus was called “the lion of the tribe of Judah.” Krishna was called “the lion of the tribe of Saki.” Both claimed: “I am the Resurrection.” Both were “without sin.” Both were god-men: being considered both human and divine. Both performed many miracles, including the healing of disease. One of the first miracles that both performed was to make a leper whole. Each cured “all manner of diseases.” Both cast out indwelling demons, and raised the dead. Both selected disciples to spread his teachings. Both were meek, and merciful. Both were criticized for associating with sinners. Both celebrated a last supper. Both forgave his enemies. Both were crucified and both were resurrected.

Homeric tales about Odysseus emphasize his suffering life, just as in Mark Jesus said that he, too, would suffer greatly. Odysseus is a carpenter like Jesus, and he wants to return his home just as Jesus wants to be welcomed in his native home and later to God’s home in Jerusalem. Odysseus is plagued with unfaithful and dim-witted companions who display tragic flaws. They stupidly open a magic bag of wind while Odysseus sleeps and release terrible tempests which prevent their return home. These sailors are comparable to Jesus’ disciples, who disbelieve Jesus and ask foolish questions. It’s amazing that either Odysseus or Jesus ever manage to accomplish anything, given the companions they have, but this simply demonstrates the power and ability of the one true leader who has a divine mandate to lead the people out of darkness and into a brighter future. 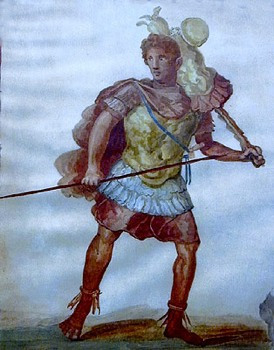 Romulus is born of a vestal virgin, which was a priestess of the hearth god Vesta sworn to celibacy. His mother claims that the divine impregnated her, yet this is not believed by the King. Romulus and his twin brother, Remus, are tossed in the river and left for dead. (A “slaughter of the innocents” tale which parallels that of Matthew 2:13-16). Romulus is hailed as the son of god. He is “snatched away to heaven” by a whirlwind (It is assumed that the gods took him), and he makes post mortem appearances. In his work Numa Pompilius, Plutarch records that there was a darkness covering the earth before his death (Just as there was during Jesus’ death according to Mark 15:33). He also states that Romulus is to be know afterwards as ‘Quirinus’; A god which belonged to the Archiac Triad (a “triple deity” similar to the concept of the Trinity).

Dionysus was born of a virgin on December 25 and, as the Holy Child, was placed in a manger. He was a traveling teacher who performed miracles. He “rode in a triumphal procession on an ass.” He was a sacred king killed and eaten in an eucharistic ritual for fecundity and purification. Dionysus rose from the dead on March 25. He was the God of the Vine, and turned water into wine. He was called “King of Kings” and “God of Gods.” He was considered the “Only Begotten Son,” Savior,” “Redeemer,” “Sin Bearer,” Anointed One,” and the “Alpha and Omega.” He was identified with the Ram or Lamb. His sacrificial title of “Dendrites” or “Young Man of the Tree” intimates he was hung on a tree or crucified. 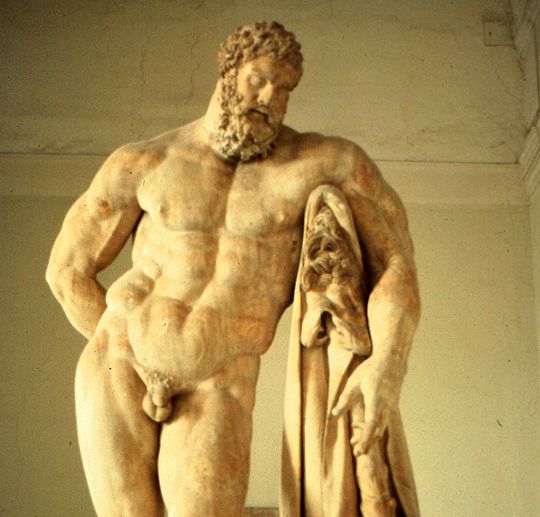 Heracles is the Son of a god (Zeus). It is recorded that Zeus is both the father and great-great- great grandfather of Heracles, just as Jesus is essentially his own grandpa, being both “The root and offspring of David” (Revelation 22:16) as he is part of the triune God which is the father of Adam and eventually of Jesus. Both are doubly related to the Supreme God.

Diodorus writes that,”For as regards the magnitude of the deeds which he accomplished it is generally agreed that Heracles has been handed down as one who surpassed all men of whom memory from the beginning of time has brought down an account; consequently it is a difficult attainment to report each one of his deeds in a worthy manner and to present a record which shall be on a level with labours so great, the magnitude of which won for him the prize of immortality.”

Jesus is also did a very large number of good works. John 21:25 says that: “Jesus did many other things as well. If every one of them were written down, I suppose that even the whole world would not have room for the books that would be written.”

Hera tries to kill Heracles as an infant by sending two serpents after him, yet Heracles survives by strangling them. This parallels Herod’s slaughter of the innocents in an attempt to kill Jesus (Matthew 2:13-16).

Heracles makes a descent into Hades and returns from it with Theseus and Peirithoüs, just as Jesus descends into the “lower parts of the earth” or Hades (Ephesians 4:7-8); Though Jesus does not bring anyone up from it. Heracles’ body is not found and he is assumed to have been taken by the gods:”After this, when the companions of Iolaüs came to gather up the bones of Heracles and found not a single bone anywhere, they assumed that, in accordance with the words of the oracle, he had passed from among men into the company of the gods.” 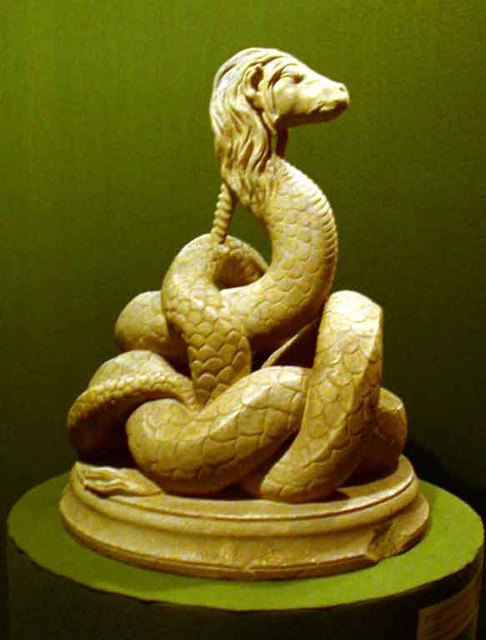 In the middle of the 100s AD, out along the south coast of the Black Sea, Glycon was the son of the God Apollo, who: came to Earth through a miraculous birth, was the Earthly manifestation of divinity, came to earth in fulfillment of divine prophecy, gave his chief believer the power of prophecy, gave believers the power to speak in tongues, performed miracles, healed the sick, and raised the dead. 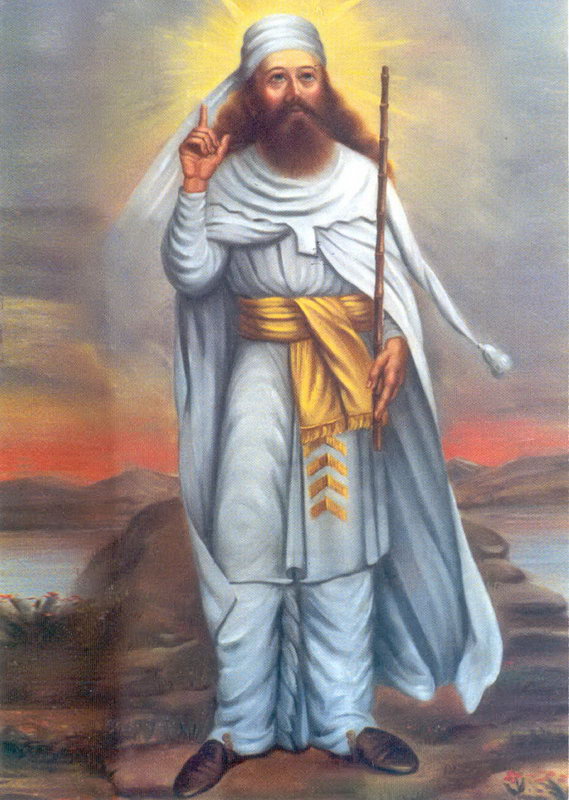 Zoroaster was born of a virgin and “immaculate conception by a ray of divine reason.” He was baptized in a river. In his youth he astounded wise men with his wisdom. He was tempted in the wilderness by the devil. He began his ministry at age 30. Zoroaster baptized with water, fire and “holy wind.” He cast out demons and restored the sight to a blind man. He taught about heaven and hell, and revealed mysteries, including resurrection, judgment, salvation and the apocalypse. He had a sacred cup or grail. He was slain. His religion had a eucharist. He was the “Word made flesh.” Zoroaster’s followers expected a “second coming” in the virgin-born Saoshynt or Savior, who is to come in 2341 AD and begin his ministry at age 30, ushering in a golden age.

Attis was born on December 25 of the Virgin Nana. He was considered the savior who was slain for the salvation of mankind. His body as bread was eaten by his worshippers. He was both the Divine Son and the Father. On “Black Friday,” he was crucified on a tree, from which his holy blood ran down to redeem the earth. He descended into the underworld. After three days, Attis was resurrected. 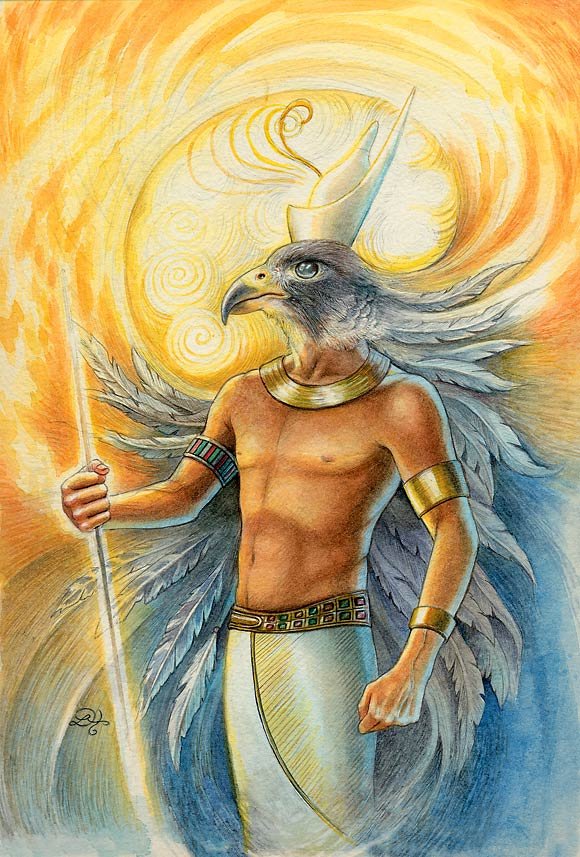 Born of a virgin, Isis. Only begotten son of the God Osiris. Birth heralded by the star Sirius, the morning star. Ancient Egyptians paraded a manger and child representing Horus through the streets at the time of the winter solstice (about DEC-21). In reality, he had no birth date; he was not a human. Death threat during infancy: Herut tried to have Horus murdered. Handling the threat: The God That tells Horus’ mother “Come, thou goddess Isis, hide thyself with thy child.” An angel tells Jesus’ father to: “Arise and take the young child and his mother and flee into Egypt.” Break in life history: No data between ages of 12 & 30. Age at baptism: 30. Subsequent fate of the baptiser: Beheaded. Walked on water, cast out demons, healed the sick, restored sight to the blind. Was crucifed, descended into Hell; resurrected after three days.